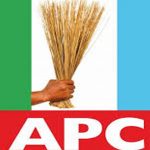 Twenty Kogi governorship aspirants under the platform of All Progressives Congress (APC) have rejected the indirect primaries adopted by the National Working Committee (NWC) of the party.

The aspirants said this in a protest letter addressed to the APC National Chairman, Adams Oshiomhole which was read by one of them, Mr Muhammed Ali, at a news conference in Abuja on Monday.

Ali said they were at the APC National Secretariat to protest against the decision of the NWC on the adoption of indirect primaries for the selection of the party’s flag bearer for the Nov. 16 governorship poll.

He said that the decision taken by NWC was done without adequate consultation with critical stakeholders in the state.

“We categorically reject the indirect primary adopted by our party for Kogi election.

“We urge the national leadership of the party to set up an Independent Caretaker Management Committee without delay with the sole mandate of providing a level playing ground for a popular direct primary involving all card-carry members in the state,” he said.

According to him, 20 aspirants have written against the outcome of the meeting of the National Working Committee of our great party adopting indirect primaries for selection of our candidate.

Ali recalled that the committee reportedly met on Friday, July 5 and adopted indirect primary election in picking the governorship candidate for the Nov. 16  governorship election in the State.

“At an emergency meeting of all the governorship aspirants in the State held on Sunday, July 7, 2019, we reviewed the decision of the National Working Committee of the party.

“We resolved that the adoption of indirect party primaries is inherent with serious negative consequences for the fortune of the party in the State.

“We regret to observe that such decision was taken without adequate consultation with critical stakeholders of the party in the state.

“In particular, the governorship aspirants on the platform of the party and other contending groups in the polarized structure of the party in the state,” he said.

According to Ali, the decision to adopt indirect primaries by the NWC is fraught with severe implications.

“First, contrary to the information given to the NWC, there is a suit pending in an Abuja court seeking to determine the authentic executive of the party in the state.

“We observed that as a party committed to the enthronement of popular democracy, the resort to an indirect primary in the state amounts to a muzzling of the wish of the generality of our party members.

“As loyal party men, we would not fold our arms and allow our party to suffer huge political loss,” he said.