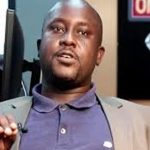 Lagos – As the management of Ethiopian Airlines confirmed the death of Professor Pius Adesanmi, a Nigerian-born Canadian among the 157 passengers and crew members killed in Sundayâ€™s crash on board Boeing 737 passenger jet flight 302, friends of the deceased lecturer and writer have expressed grief at his demise.

A statement by the President and Vice-Chancellor of University, Benoit-Antoine Bacon, described Adesanmi, an English professor and Director of Carleton Universityâ€™s Institute of African Studies, as â€œa towering figure in African and post-colonial scholarshipâ€� saying â€œhis sudden loss is a tragedy.â€�

He added: â€œOur thoughts and prayers are with his family and all those who knew and loved him, and with everyone who suffered a loss in the tragic crash in Ethiopia.”

On her part, Dean of the Universityâ€™s Faculty of Arts and Social Sciences, Pauline Rankin, said the late Adesanmi was a key figure in building the Institute of African Studies.

â€œHe worked tirelessly to build the Institute of African Studies, to share his boundless passion for African literature and to connect with and support students. He was a scholar and teacher of the highest calibre who leaves a deep imprint on Carleton.â€�

The deceased was on the flight to attend a meeting of the Citizens and Diaspora Directorate (CIDO) in Nairobi billed to hold today Monday, 11th March in Nairobi, the capital of neighbouring Kenya.

Providing details of his involvement in the scheduled meeting, Mireille Tushiminina, of the Center for Human Rights and Democracy in Africa, said Adesanmi was â€œone of the few professors who taught about the AU and Agenda 2063.â€�

Another Nigerian on the ill-fated Ethiopian Airways plane crash was Abiodun Bashua, who was a retired Ambassador and on contract with the United Nations Economic Commission for Africa (UNECA).

The plane, which crashed shortly after taking off from the airport left at least, 35 nationalities dead, including 32 Kenyans, and people from China, the United States, Saudi Arabia, Nepal, Israel, India, and Somalia.

Meanwhile, President of the African Development Bank (ADB), Akinwumi Adesina, has sent his condolences to the government and people of Ethiopia over the crash of the Ethiopian airlines aircraft early Sunday.

â€œOur prayers and condolences are with the families of those who lost their lives in the tragic crash of the Ethiopian Airlines flight this morning. May their souls rest in peace. Our condolences and prayers are also with the government and people of Ethiopia,â€� he said in a tweet.

One among his friends, Mika Sotunbo wrote on his Facebook page: â€œJesus! So it’s true. I thought I heard it briefly in the news and I was unsure rushed down here to confirm. Only consolation is that he’s surely in paradiseâ€�.

Adesanmi an indigene of Isanlu, Ondo state wrote on his Facebook page on March 9 at about 12:56pm: â€œIf I take the wings of the morning and dwell in the uttermost parts of the sea, even there your hand shall lead me, and your right hand shall hold me – Psalm 139:9-10â€�.

He attended Titcombe College, Egbe, Lagos, and later studied French at the University of Ibadan, University of Ilorin and the University of British Columbia, Vancouver, Canada.
Adesanmi, until his death was a regular columnist for Premium Times and Sahara Reporters. His writings were often satiric, focusing on the absurd in the Nigerian social and political system.

His targets often included politicians, pastors, and other relevant public figures. In September 2015, his scathing column on the decision of the Emir of Kano, Lamido Sanusi, to take an underage wife generated substantial conversation on the matter.