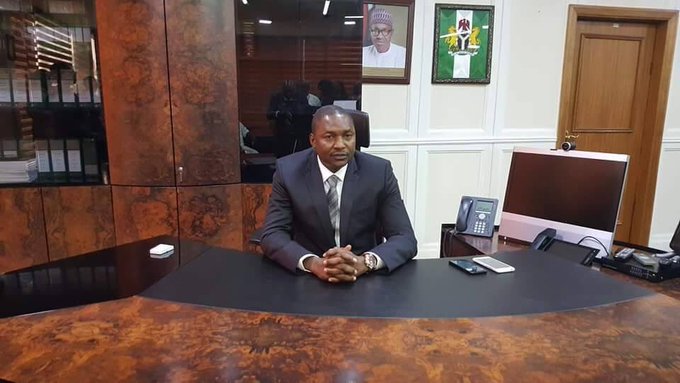 The Attorney General of the Federation (AGF) and Minister of Justice, Abubakar Malami, said on Friday that he has no interest in the companies appointed by his office to recover debt for the federal government.

“Malami in his personal capacity does not have personal debt collectors for the recovery of federal government debts,” he said.

The clarification was contained in a statement on Friday issued by Umar Gwandu, Special Assistant on Media to the AGF.

“For the avoidance of doubt, the Office of the Attorney-General and Minister of Justice does not engage recovery agents based on projected personal gratification or individual’s inclinations.

“Hence, all those engaged by the Federal Government for undertaking certain tasks in the recovery of assets and generation of revenues belonging to the government did not belong to Malami as mischievously portrayed by certain media outlets but Federal Government of Nigeria through the instrumentality of the office of the Attorney-General of the Federation and Minister of Justice,” he said.

Gwandu noted that such engagements were purely based on the interest of the general public as a guiding principle.

The minister reiterated his stance that engagement of recovery agents was neither propelled by any ulterior motive nor about the gratification of any personal desire through any percentage to be given to or by the recovery agent, but of an unflinching patriotic commitment to get back to the country the revenue it deserves.

The minister said it was the same federal government that engaged Trobell in the recovery of the unpaid revenue due to it that asked the agency to step down based on the stakeholders meeting held.

Why I Refused To Challenge My Defeat In Court – PDP Lawmaker