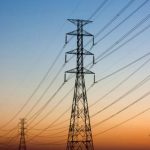 Asaba – Benin Electricity Distribution Company (BEDC), has launched a Meter Asset Provider (MAP) to curtail the problems of metering, wrong and estimated billing, which currently accounts for over 60 per cent of complaints.

Speaking on Wednesday in Asaba during the Media Launch of MAP, Executive Director, Commercial, Mr Abu Ejoor, promised that the new scheme would close the metering gap between the Distribution Company and consumers.

While lamenting some bottlenecks in Delta State such as limitations in rearranging distribution network to improve power supply due to public inflexibility, networks and equipment vandalisation which has been on the increase, violation of safe distance from high and low tension electrical lines requirements creating safety hazards, massive energy theft and high community unrest.

With the launch set to kick start in the State Capital, Asaba, Ejoor advised consumers against giving cash to MAP or BEDC staff, stating that, once a customer premises is cleared, he will be advised on how to pay, “we advise customers not to give cast to either MAP staff and should only pay into banks accounts designated by the MAP.

According to Ejoor, “It is our utmost belief that the MAPs scheme will assist in reducing customers complain on metering, wrong and estimated billings which currently accounts for 60 per cent of complaints”.

Identifying some areas in Asaba; Behind Government House, Okpanam road, Anwar road where the metering would begin, he enjoined customers to cooperate with MAP officers.

He also mentioned that the distribution company is doing its best to key into the industrialization goal of the state, while he assured that the new meter scheme is not aimed at expanding the between the rich and poor.

When asked on reasons for choosing to locate meters on polls, he said, it is due to past experience of vandalization of meters.

“It is only if you want to commit suicide that you would go above the wires on the poll. The only thing you need as a consumer is the User Interface Unit (UIU),” he said.

However, he mentioned that consumer who was not given meters under the old meter management would receive meters if they are able to provide evidence of payments.

He then debunked rumours that the new meter would be read faster than the former.

Likewise, Delta Chief State Head of BEDC, Engineer Fidelis Obisha, appealed to costumers on the state to desist from expressing their grievances of poor electricity on workers of BEDC.

He also confirmed that one, Mr Emmanuel Chadika, who was reported dead on 23rd September 2019, after attempting to vandalize a transformer, is not a staff of the company.