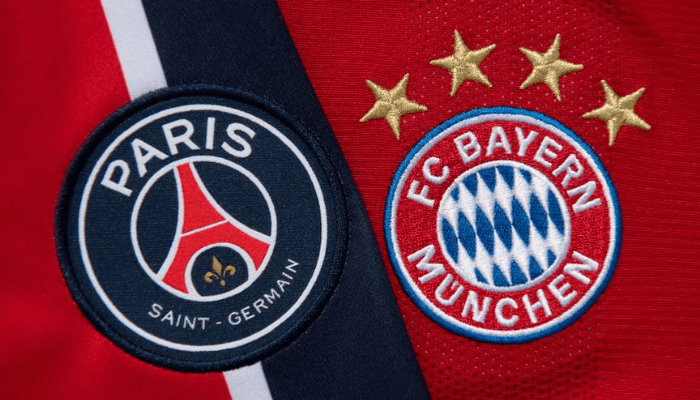 French Ligue 1 Champions, Paris St-Germain (PSG), is one win away from becoming European champions for the first time after claiming an emphatic 3-0 win over German Bundesliga side RB Leipzig in their semi-final in Lisbon, with goals coming from Marquinhos, Angel Di Maria and Juan Bernat.

PSG, one of Europe’s biggest spenders, but also one of the continent’s most high-profile underachievers on the Champions League stage will be hoping to become the second French winner of the trophy, 27 years after Marseille won the inaugural Champions League.

PSG will have to survive the onslaught of five-time winners Bayern Munich in a make or mar encounter on Sunday in Lisbon.

After dispatching Lyon in the semifinals, Bayern Munich are one game from clinching a second treble in seven years when they face Neymar’s PSG side in the Champions League final on Sunday.

The Bayern machine rolled into their fourth Champions League final since 2010 and first since lifting the trophy for the fifth time in 2012/13 season on the back of a comprehensive 3-0 win over Lyon.

The 2019/20 Bundesliga and DFB Cup winners have taken out the likes of Tottenham Hotspur, Chelsea, Barcelona along the way, winning 10 from 10 continental fixtures by an eye-popping aggregate score of 42-8.

They have won all 14 of their behind-closed-door meetings since the resumption of the season in May, and are unbeaten in their last 29 competitive matches, winning 28 and drawing one.

Lewandowski has been scoring for fun and the 31-year-old extended his tournament-leading tally to 15 with his effort against Lyon, and 55 in all competitions – and can equal Cristiano Ronaldo’s single-season goals record (17) with a brace against PSG.

PSG topped their group ahead of Real Madrid, they rode their luck in the last-16 against Dortmund – claiming a 3-2 aggregate win – and in their quarterfinals tie with Atalanta – needing two last-gasp goals – before beating RB Leipzig 3-0 in the semis.

A place in the Champions League final is uncharted territory for the team but Brazilian forward Neymar, winger Angel Di Maria and Kylian Mbappe who has made a timely return from injury, will be spearheading PSG’s attacking force.

The French champions have successfully laid the ghosts of previous Champions League capitulations against Barcelona and Manchester United to rest, but they are still facing the world’s most in-form side and a pound-for-pound superior squad.

If they triumph in the Champions League final on Sunday, PSG would have snared an incredible fifth trophy for the season – meaning they have won every competition they have competed in.

For coach Thomas Tuchel, who made his name in the Bundesliga with Mainz and Dortmund, it could prove a tough task. The 46-year-old is the first coach in history to guide PSG to the Champions League final and will be aiming to write his name in Champions League record books by winning on Sunday.

Bayern has the best goals-per-game ratio in a single season in Champions League history (4.2). With 42 goals, the Bundesliga champions need three more goals to equal Barcelona’s record 45-strike tally of 1999/2000.

Lewandowski is the first player since Ronaldo to score in nine consecutive Champions League matches.

Gnabry is third in this season’s Champions League scoring charts with nine goals, all of which have come away from home.

Bayern’s meeting with PSG will be the fourth major UEFA competition final between the German and French sides, with Germany successful in all three so far. It is the first time in 22 years that the final will be played out between two domestic champions.

Bayern last met PSG in the 2017/18 group stage, winning 3-1 in Munich after losing 3-0 in Paris in Carlo Ancelotti’s final game as coach.