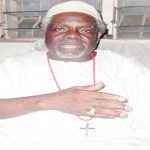 Dr. Olapade Agoro is the National Chairman and former Presidential Candidate of National Action Council (NAC). In this interview with Gbenga Faturoti, he speaks on his expectations from President Muhammadu Buhari, godfatherism in politics and other issues. Excerpts:

What are the expectations of Nigerians in this second term of Buhari administration?

President Muhammadu Buhari having seriously but not copiously committed himself to any policy direction to be followed in his second term, one will only be talking to one self in ‘guess work limbo play’ particularly with his inability so far to name his core cabinet over six weeks of coming to office. Therefore it will be very difficult for Nigerians to expect from him what he does not promise to offer. Problems currently confronting Nigeria are mirage and with each day new ones like the ‘RUGA’ controversy emerging with surprise on the horizon. Naturally one would have expected Mr. President with four years past experience already in his kitty to have known those he would have loved to work with to good success in his second term but the turn of event is sadly the case. This is not good enough for planning and developmental articulation in a large country of roughly 180 million people. Obvious of the fact that there are just too many available egg heads all over the country to choose from without loss of sleep, delaying such as now being experienced is an ominous signal of week and or bad leadership.

Godfatherism has continued to pose threat to the nation’s polity, how can the menace be eradicated?

Godfatherism in politics is an unexpected evil demeanour characteristic of foul play, forceful decision making enforcement and skewed mind enforced slave holder idea in human affairs. In the altruistic sense that there is only One God to be trusted in man to man affairs but as wrongly termed, it becomes evil when for dominance purpose the element makes in-road into political management. Nothing is wrong when a junior becomes a tutelage pupil under a superior for the purpose of leaning and experience gaining. However it becomes evil when the senior somewhere in the process turns himself to a tin god whose order must be obeyed with attendant reverberating ugly scenario. Politics is a methodological form of government of imposed learning process within principled system. The learning system can be through seeing and learning from field examples and or philosophical ideas inculcation, enablement and entrenchment. Unfortunately in most of Nigeria’s type of ‘godfatherism’ there is a silently laid out inadequate structure of Masters and Followers style of dogmatic slavery without ideology. We had this type of master and slave dictatorship system of ‘his voice must be obeyed’ some years past in Anambra State and lately in Lagos state. They indeed carry offensive odium to man and God.

Do you think Nigeria needs two party systems as suggested by Chief Olusegun Osoba in his recent interview?

The statement by once highly respected Chief Olusegun Osoba suggesting that Nigeria needs two party system is rather an horrendous capitulation to the abyss political horror. Surprisingly Chief Olusegun Osoba did not raise the issue of Two Party System up during the time and when he willingly submitted himself to actively participate twice in multi-party system of elections and when he won brazenly to become Ogun State Governor. He raised too many contestable issues forcing one to see him rather as an Half Truth Story Teller. It becomes pertinent to ask that if Segun Osoba was an adherent believer in ‘Two Party Political’ system, why did he not follow up his ideas with action and determination?. The fact no one can deny Osoba is that he was a national leader in the practice of journalism but a brutal failure in management of man and materials. If challenged, one will be forced to open up on him and his techno trade using the ‘pen to push and bargain’ Although he volunteered to be challenged with a written statement that “I want people to react to my book and I want anyone who is going to react to counter the things said with documents” I will like double-faced agent Olusegun Osoba to note that “People in glass house do not throw stones” I will like to point out that I have no kobo to pay to buy just a copy of Olusegun Osoba’s book of half-truth exudation. If he knew that a lot of the half-truth he rolled out to please himself and carelessly hurt some others, he would have been a little bit more careful. If he knew that I in particular played a selfless Nigeria cause benefitting role and without collecting a kobo on the prompting of that great Nigerian Rtd. Gen Donaldson Oladipo Diya and which swayed the opinion of Western World from imposing damaging and punitive sanctions on Nigeria; If he knew that I on my own went to Canada where I met with Canadian Deputy Foreign Office Minister who advised me to quickly go to the USA to meet with Chief Anthony Enahoro and Prof. Wole Soyinka who by the time I got to the UK had gone to South Africa, and from there in the UK I met with Chief Wale Oshun and Chief John Oyegun at a London Road barbeque and thereafter later addressed the World through the BBC on the cause of Nigeria’s problems. Chief Segun Osoba would have probably reduced his self-evasion to the barest minimum. Lastly it hurts the cause of truth perfection when Chief Olusegun Osoba failed in his ‘two Party system’ to mention those two parties of his preference. Possibly, he meant to suggest the ruling All Progressives Congress (APC) and Peoples Democratic Party (PDP). The fact he failed to address is that of evil and bad money in politics. To him and all right thinking Nigerians, I beg to mention that the current ugly “Bad Money In Politics” that characterised elections 2015 and 2019 if anything else, are abrasions of truth and decency in the political affairs and human management.

Should we continue with this multiparty system with its attendant problems?

The issue of Nigeria’s current practice of multiparty system is an imposed constitutional matter brought about by order of court judgment against political party deregistration by INEC. Nigeria is a large political nation of about 180 million with 93 most newly registered political parties in need of foundational and structural stability. It becomes apt to mention that before a political party can have reasonable followings and solid base structure, surely it would take that type of political party some years of efforts laying. But in the type of Nigeria situation that revels in endemic corruption and within an environment over laid in poverty rough edges, the people’s idea is expectation of money dropping down from the sky from anybody claiming to be a politician. In Nigeria political terrain, politics is money whilst monetary language in politics commands people’s attention and respect. The political ideology of an average Nigerian political party is basically money. Money wins votes and the more money the better, merrier for large vote catching This now reasonably explains why the newly registered parties with no show yet on ground and or with not yet solid base, must be assisted and nurtured to grow and develop for the political development of this nation. Deregistering political parties that failed to win seats in any of past elections may not be the answer to the attendant socio-economic problems since the reality of the actual situation and what obtained on ground shall be found in the fact that those that won did not win squarely, honestly, credibly and fairly. The nation in the sense that no political party gets founded by the government should allow the political space to self stabilise, normalise and grow to appreciable level.