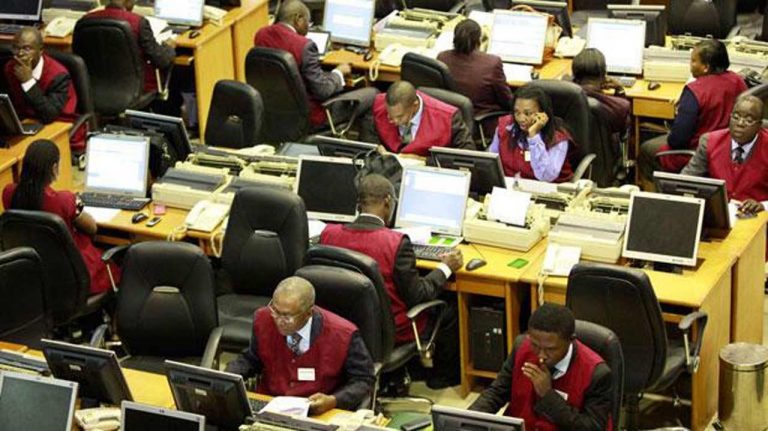 Nigeria stock market again kicked off this week on a negative note amid continued caution from investors. With this trend, the gains that were recorded by the Bourse gradually erodes, which may end its brief reign as the best performing stock market in the world in January.“January started so well: February is another matter. Nigeria’s stock market was world’s best-performing in January…”, Coronation Research said in their recently weekly titled “February tougher than January”.

The record negative seen on Monday February 10 was on the back of losses in highly capitalised stocks like Nestle, MTNN, Lafarge Africa and GTBank.

The renewed sell pressure which resulted to a 1.05percent decline in the market’s benchmark Index also led to a loss of about N152billion in value of listed stocks. The stock market’s year-to-date (ytd) positive return has decreased to 3.47percent. Only 16 stocks gained as against 17 losers.

In their view, Cordros Research analysts noted that the trend witnessed last week will likely persist this week, “as the dual impacts of the weakening sentiment and mixed earnings performances during earnings season are expected to pressure market returns.” “Nonetheless, we advise investors to take positions in fundamentally justified stocks”, the analysts said in their February 7 note.

“With significantly lower turnover in the session and negative market breadth, we believe the current global macroeconomic situation will continue to determine market movement, while discerning investors will cherry-pick on fundamentally sound names.

“Barring any loss in high-cap stocks as seen today (Monday) in Nestle, we expect the market to trade sideways in the next session”, according to equity research analysts at Vetiva Securities.

Insubordination: We are reporting Emefiele, Kyari, others to Buhari – Reps