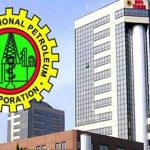 The Nigeria National Petroleum Corporation (NNPC), has disclosed that it spent over N15 billion in November, last year to maintain the country’s pipelines

This disclosure was made in the Federation Account Allocation Committee (FAAC) report submitted by NNPC, under appendix N.

It would be recalled that the country witnessed some pipeline disruptions, which were reported at the monthly FAAC meetings last year.

The state governments, it would also be recalled were particularly worried that the cost of these repairs and maintenance were being deducted from revenue that ordinarily should have accrued to the Federation Account.

The report also identified some of the “issues that affected production in the month of October, 2018 (which in turn necessitated the need for the repair and maintenance of the pipelines).

The FAAC report specifically stated that the federation suffered crude oil pipeline losses of N88,422,130.82 basically from the pipeline segment of CNL- WRPC where 700,344 barrels were pumped, but only 695,535 barrels was received.

Saraki: It's Unfortunate That After 22 Months In The Senate, A Man Like Tinubu Still Lacks Understanding