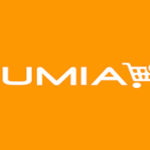 LAGOS – Jumia Technologies yesterday announced its financial results for the quarter ended June 30, 2019 with a 94 per cent increase in gross profit.

Juliet Anammah, Chief Executive Officer, Jumia Nigeria disclosed this at a media briefing held at its head office in Lagos.

“We continue to deliver on our financial strategy of generating strong growth of our top-line drivers, while accelerating monetization, driving cost efficiencies and developing JumiaPay.

“During the second quarter of 2019, our Gross Merchandise Volume (GMV) increased by 69 per cent year-on-year and our Gross profit grew by 94 per cent.

“These results reflect our continued focus on offering a relevant and engaging online shopping and lifestyle destination for consumers, while providing our sellers with an attractive value proposition and a platform to grow their businesses,” she said.

The e-commerce platform that operates primarily in Africa also revealed that its second-quarter revenues improved 58.3 percent to $43.5m, as marketplace revenues almost doubled year-over-year. The top-line was slightly short of the street projection of $45.88m.

Also, the company revealed that its gross merchandise volume grew 68.9 percent to $311.8m in Q2, on the back of the growth of “active consumers and spend per active consumer.” It said that the number of active customers at the end of the quarter was 4.8 million, up from 3.2 million a year ago.

The company revealed it had recently uncovered instances of improper orders placed and subsequently cancelled on its marketplace platform, wrongly inflating its order volume. Jumia is also convinced that some of the improper sales practices were carried out by its network of commissioned agents, better known as “Jumia Force.”

“We continue to deliver on our financial strategy of generating strong growth of our topline drivers, while accelerating monetization, driving cost efficiencies and developing JumiaPay. During the second quarter of 2019, our GMV increased by 69% year-on-year and our Gross profit grew by 94%.

Comment on Who is “They”? by Frederick C. Ifezue