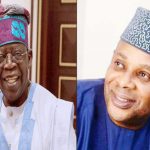 Though he has publicly announced that he will not be contesting in the November 16 governorship election in Kogi state, the interference of Hon. James Faleke, lawmaker representing Ikeja Federal Constituency in the internal affairs of Kogi State chapter of the All Progressives Congress (APC) has continued to ruffle feathers as stakeholders in the state are asking him to steer clear and concentrate his energy on providing legislation for his constituents in Lagos.
While reporting Faleke to Asiwaju Bola Tinubu, national leader of the APC, The Kogi Renaissance Forum (KRF) asked Faleke, was running mate to the late Prince Abubakar Audu in the governorship election in Kogi State in 2016 to concentrate more on making laws that will be of benefit to his constituents and stop unnecessary meddlesome in the current political affairs in Kogi State.
Coordinator of KRF, Alhaji Ahmed Jibrin who stated this while addressing journalists in Abuja noted that the undue interference of Faleke in Kogi politics, especially ahead of the forthcoming governorship elections in the state was worrisome.
Jibrin, who chided the lawmaker over his alleged endorsement of a particular APC governorship aspirant of Kogi East senatorial axis, wondered from where he draws such powers.
Jibrin said he was aghast as to what gave Faleke the temerity to organise a screening for aspirants from the Igala-dominated Kogi East senatorial district.
He said the purported screening and endorsement was a complete charade and exercise in futility having been championed by someone who hailed from the Kogi West senatorial zone.
“Who is Faleke and under what capacity did he set up committee to screen APC governorship aspirants in Kogi East to talk of endorsement of an aspirant for the zone?”.
“This is an insult on the people of Kogi East. This sham is unacceptable. He knows that what brought him into Kogi politics which was Audu/Faleke ticket has expired. So, we feel what is happening is an insult on the psyche of Kogi people.
“We still respect him as family but we wouldn’t want anyone to over stress his boundary. We remember vividly how against all odds, even in the face of dire opposition against him by his own Okun people of Kogi West, late Prince Audu’ insisted he must be his running mate for the November 21, 2015 governorship election.
“He thereafter abandoned Kogi West people at the height of their suffering only to go back to his Lagos State to contest return ticket for House of Representatives. And he is now coming back to meet them again now the governorship contest is around the corner. I will advise Faleke to respect himself and focus on politics of Lagos where he is currently representing Ikeja federal constituency”.
“We are aware of his closeness to the APC National Leader, Asiwaju Ahmed Bola Tinubu. We are convinced he was not acting on behalf of Tinubu and he should not spoil Tinubu’s revered name. We hold the National Leader of our great party, Asiwaju Ahmed Bola Tinubu in high esteem and we want to issue a sound of warning to Hon. Faleke not to drag Tinubu’s name into any controversy of whatsoever.”
“Faleke should not create misunderstanding between the Igala people and Asiwaju. We know and he as well knows he has no political base in Kogi State. He should stay off our political radar since his people have already rejected him.
“Tinubu as the political avatar of our time and a shrewd politician earned his political height by merit through perseverance, hard work and total commitment” he said .
Jibrin, who recalled how such voyage mission by former National Chairman of PDP, Senator Ahmadu Ali to hoodwink PDP governorship aspirants truncated and resulted in shamble, urged desperate politicians to learn from history.