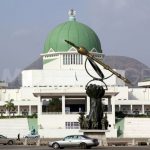 Stakeholders Very strong feelers have emerged that there is now an avowed consensus among eminent stakeholders of All Progressives Congress (APC) in Abia State on the ongoing regional strive as to who gets what plum positions in the National Assembly echelon.

According to vapours of underground political brewing oozing out from the Southeast zone, a league of who-is-who in the central ruling party met on Sunday and formally endorsed former Gov. Orji Kalu, the Senator-elect for Abia North Senatorial District, for the Deputy Senate President and in the 9th National Assembly (NASS).

The meeting, which took place at Camp Neya, the country home of Kalu in Igbere, Bende Local Government Area of Abia, was also said to have endorsed Rep. Nkiru Onyejeocha, representing Isuikwuato/Umunneochi Federal Constituency, for the Speakership of the House of Representatives.

The formal endorsement followed a motion moved at the meeting by Sen. Chris Adighije, the Abia APC caucus leader.

According to Adighije, the candidacies of Kalu and Onyejeocha are a collective project for all the party faithful in the zone; adding that everybody had a role to play toward the realisation of the dream.

The influential former Rep. of Abia central from 2003-2007, has also committed himself to reach out to his friends in the Senate and House of Representatives to solicit their support for the two candidates.

Describing the meeting as first of its kind after the general election, Adighije added that the gathering was imperative to enable the party do a postmortem of its performance at the polls in Abia State.

“There is the need for a postmortem to enable us to examine the reasons why we lost the governorship election after putting all our efforts,” he said.

The Honourable admonished the state Chairman of the party, Chief Donatus Nwankpa to remain firm and resolute” in his actions towards the realization of the party dream.

The party’s favourite for the House of Reps’ second- in- command, Onyejeocha also spoke of the need for the party members to join the struggle for Ndigbo to produce the next Nigeria’s president in 2023.

Edo: Is PDP On The Path Of Resurgence?