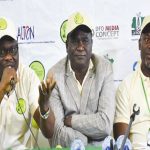 The Nigeria Computer Society has again called on the Federal Government for more attention to the Information Communications Technology by putting in place policies and regulations that will give local content a prime position in the country.

Speaking during a media briefing at the Society’s office in Lagos, in preparation for its 2019 NCS president, Prof. Adesola Aderounmu, said the support for local content in public procurement by the Federal Government will definitely create more jobs for present and youthful population.

“In the last four years, we have identified the following key areas in the ICT Roadmap of the Federal Government: Infrastructure development including Information Security, Broadband development and improvement of Quality of Service & Access, Smart Government, Human Capital Development and Local Content development.

“The pronouncement of Executive orders 003 and 005 is a landmark achievement of our Nigeria Computer Society advocacy that we have consistently pursued in the last decade.

“However, we note with concern that compliance to the orders is not 100%. There are also pertinent cases/issues we as body need to highlight. This is in view of the doubts and questions such issues raise about full commitment to the much needed prioritization of local content development. ”

As part of the concern of NCS on Local Content Development, Aderounmu said one of the indigenous companies in Nigeria SystemSpec whose roduct, Remita, brought about Treasury Single Account (TSA) has some unsettled financial obligations with the Federal Government.

“There are several Federal Government projects in general and IT projects in particular that could resolve the unemployment crisis in Nigeria, if properly executed. One of such projects is the National Identity Management System (NIMS) project. ”

NCS also highlights the plight of one of our corporate members, Chams Plc (and Chams Consortium Ltd, (CCL)), a forefront operator of the National Identity Management System Concession (the Concession) which commenced officially in the year 2010.

“Remita, which is a product of Systemspecs, an indigenous ICT solution provider. Up till now the FG has not been able to fulfil its obligation with regard to the services rendered to her through REMITA software.

“There is very low appreciation or respect for their innovation, intellectual property and pace setting accomplishments. This is in a hostile operating environment where Government has little or no direct contribution to their achievements.