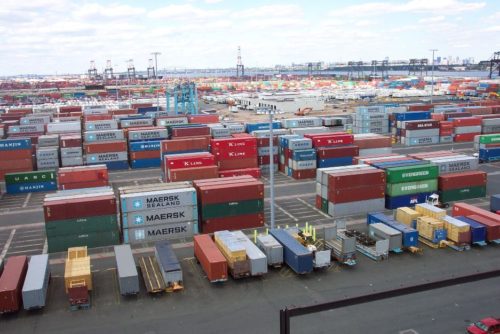 Speaking in Lagos on Friday at the commissioning ceremony, Rotimi Amaechi, Minister of Transportation, said the purchase of the boats signposts the President Muhammadu Buhari administration’s seriousness in positioning the maritime sector to add greater value to the national economy.

He said the tugboats, which are Damen’s 2810 model, further accentuated the determination of the federal government and the NPA to increase operational efficiency.

“If anyone was in doubt as to the importance of the maritime sector to Nigerian and global economy, the event of the past three months where ports across the world have remained open in spite of the comprehensive lockdown of virtually other sectors, should instruct on why priority attention has to be given to the sector,” the minister said.

Stating that the present government has identified the pivotal role that the maritime sector plays in the actualisation of the fundamental objectives of the Economic Recovery and Growth Plan (ERGP), Amaechi said that not less than 85 percent of the nation’s external trade passes through the seaports.

“The much talked about transition from a mono-product into a diversified economy is heavily dependent on how robust we can make our maritime space and we are committed to achieving this. Work is ongoing on President’s directive that all seaport locations must be linked up to the standard gauge rail line even as we are determined to link up the 36 state capitals with the Federal Capital, Abuja with standard gauge rail services,” he assured.

He applauded the NPA for delivering on this project nine month ahead of schedule, which according to him, is the kind of efficiency that the administration wants to entrench in the polity.

Hadiza Bala-Usman, managing director of the NPA, described the achievement as another testament of this administration’s resolve to prepare the Nigerian Ports Authority for the exigencies of the increasingly competitive global maritime space.

She said that the landlord model of port ownership allows NPA to maintain some statutory functions, which include the administration of land and water within the port limits; planning and development of port operational infrastructure; easing and concession of port infrastructure and setting benchmark for tariff structure and maintaining nautical/harbour operations as well as hydrographic survey among others.

“For the effective execution of these functions, the Authority is committed to the continuous upgrade of facilities and equipment that will enhance service delivery. This commitment is to ensure that all the six functioning seaports are prepared for optimal performance at all times. This determination accounts for the purchase of these tugboats, MT Musawa & MT Ikoro-Ekiti joining our other fleet of four namely: MT Daura, MT Ubima, MT Uromi and MT Majiya, which were commissioned in 2017,” she said.

According to her, the new tugboats would enhance the maneuvering of large capacity vessels calling at Nigerian ports to berth and unberth, which would ultimately affect the turnaround time of vessels positively.

She however assured that vessel owners, concessionaires and other stakeholders will experience better service delivery from the NPA.

Akin Ricketts, chairman Board of Directors of the authority said the commissioning of the tug boats marked another landmark in government quest to provide world class services at the nation’s seaports.

“Towage service has been an integral part of the determinants of the efficiency of any port as it ensures expeditious passage of vessels in channels and safety in berthing them. Therefore, we are determined to ensure the continuous improvement of the state of equipment at the ports, ensuring the effective management of channel depths as well as the constant upgrading of port infrastructure,” Ricketts said.

On the features of the boats, Usman said they are with Length over All (LOA) of 28.67m, Breath over All (BOA) of 10.43m and 4. 90m draft. They are built under Lloyds Classification Society standards and powered by twin MTU engines to attain a speed of 13.5 nautical miles.

Also, the power delivered by the twin MTU engines enables the tugboats to produce 60 tons bollard pull ahead and 587 tons astern, for towing operations. They are also equipped to serve as fire-fighting machines.