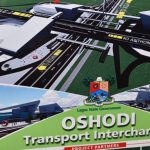 The National Union of Road Transport Workers (NURTW) and the Road Transport Employers Association of Nigeria (RTEAN) have commended the Lagos State Government for the massive investment in road infrastructure and other projects he has executed to ease transportation system in the state.

The Lagos State Chairmen of NURTW and RTEAN, Alhaji Tajudeen Agbede and Alhaji Mohammed Musa respectively, gave the commendation in separate interviews with news media on Thursday in Lagos.

The transport union leaders spoke against the backdrop of key road infrastructure executed by Gov. Akinwunmi Ambode and inaugurated by President Muhammadu Buhari on Wednesday in Lagos.

According to them, the 10-lane expansion of Airport road, inauguration of Oshodi Transport Interchange, new buses and terminals are milestones in the development of public transportation in the state.

Agbede, who commended Ambode for massively investing in the transport sector, said that efficient transportation was crucial to the socio-economic development of any state.

According to him, the new 820 buses and road infrastructure will boost transportation and lessen difficulties being faced by many residents.

“Our union appreciates the governor for the delivery of these projects and buses.

“It is a welcome development and it will complement the existing ones to help Lagosians move from one place to another comfortably,” he said.

Musa, who commended the government for its investment in road infrastructure and public transportation, appealed to both Federal and state governments to help fix bad roads in the state and country.

“Many roads in the state and country need government’s intervention.

“They are in bad condition. Government should do more to end the hardship many are going through.

“The cause of most accidents is bad roads. See the Lagos-Badagary Expressway where lives are lost almost on a daily basis and so many others,” the RTEAN boss said.

The President also inaugurated the Lagos Theatre, Oregun and the Institute of Maternal and Child Health (Ayinke House), Ikeja, during his one day visit to the state.