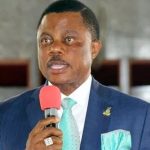 Governor Willie Obiano of Anambra has called on Igbo people to sustain and promote their rich cultural heritage.

The governor stressed the need for Igbo people to encourage and sustain culture that celebrate people while alive, rather than honour them when they die.

Obiano praised the organisers, especially traditional ruler for the colourful and orderly nature of the event.

HRH Igwe  Alex Oyido, traditional ruler of Ogidi,  said the Ito Aro is an age-long traditional observance in Ogidi which had been abandoned for quite long.

“Ito Aro is deeply rooted in the age grade system in Igboland.

“Age grade in Ogidi have been very influential and impacted positively on communal discipline, community development and engineered healthy competitive spirit among the youths”, he said.

Dr Obiora Okonkwo, Chairman Dome Entertainment Centre, Abuja, and one of the promoters of culture in Ogidi, said the Ito Aro would help foster unity among the people.

Obiora told NAN that one of the inherent gains of the age grade was to checkmate anti social conducts among the youths.

“These days, problem of youths indulging in drug addiction and other anti social life style are on the rise, with the age grade system, members can help correct negative conducts of their age grade”, he said.

NAN reports that those honoured during the 2019 Ito Aro were 508 octogenarians, drawn from Uru,  Ezinkwo, Ikenga and Akanano quarters, the four components parts that make up Ogidi.

Presidency: I Asked Oshiomhole To Contest Against Obasanjo, Not Buhari – Sagay

2023 Presidency Should Be Between North-Central, South-East—Abdullahi