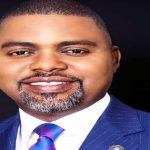 The 23-chapter book, written by Segun Olulade, a former two-time member of the Lagos State House of Assembly addressed wide-ranging issues such as insecurity challenges, the anti-corruption war of President Muhammadu Buhari, National Assembly, role of women and youths in national developments and other issues.

Speaking in a chat with Daily Independent, Olulade said “Nigerians should expect a lot from the book and I want to thank God for giving me the opportunity to put my thoughts together. It has 23 chapters and in it, I addressed the issue of insecurity in the country in the book”.

“I also spoke about the role of youths and women in the society. Recently, I apologised to former President Goodluck Jonathan. If you know me, I am one of his vocal critics when he was President. So why did I apologise to him? You will find out in my book”.

“The book also addressed the anti-corruption war of the federal government and what is expected from public service holders. I also wrote about many thought- provoking issues that I believe will be of interest to Nigerians irrespective of their ethnic, religious or political divide. The book is very historical and lucid and I believe it is a book every Nigerian must read”.

In Page 64 of the book, I wrote “If you do not tie the loose end of your sack, pouring grains continously will do no good. Yes Mr President can be slow and nothing is bad in being slow, as long as it is Steady and Productive”.

In his foreword, Tinubu “The book is rich collection of ideas and thoughts. I therefore recommend it for those genuinely seeking more Knowledge and education on our recent history and on the comparative studies of the management of public affairs” .

Other eminent Nigerians expected at the book launch are Senate President Ahmad Lawan, Femi Gbajabiamila, Speaker of the House of Representatives, Governor Babajide Sanwo-Olu of Lagos, Oba Rilwan Akiolu of Lagos, Rauf Aregbesola, former Governor of Osun state among others.

Do not resign your position, Yoruba elders tell Osinbajo

My fear for elections in Nigeria –Bichi, Kano PDP chair