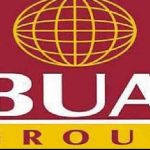 BUA Group and owners of BUA Ports and Terminal, Port Harcourt, yesterday disclosed that it will follow due process in defending and protecting its rights against the recent decommissioning of its Terminal in Port Harcourt by the Nigerian Port Authority (NPA), a move described by the maritime workers’ union and industry watchers as capable of undermining NPA concessioning agreements and internationally acceptable judicial/dispute resolution procedures.

It would be recalled that NPA had earlier claimed in a statement by its spokesperson and published in various newspapers that the reason for the decommissioning of BUA Jetty was a result of the unsafe operational environment of the jetty which needed urgent repairs and reconstruction.

BUA Group however, explained that it had on different occasions written the NPA seeking approval to perform remedial works on the terminal and wondered why the NPA refused to grant approval but rather hurriedly decommissioned the terminal despite the repair works required for the part of the Jetty in question not requiring a decommissioning or closure of the entire Terminal.

BUA Group also accused the NPA of failing to meet with its obligations regarding the lease agreement and of disregarding the Federal High Court, Lagos Division injunction restraining NPA from terminating or giving effect to the Notice of Termination pending the referral of the issues in dispute to arbitration as provided under the lease Agreement.

Also, BUA group questioned why the NPA will jettison the pending arbitral processes of the Court Of Arbitration of International Chamber of Commerce in Paris and take laws into its hands by de taking physical possession of the Terminal.

The company, however, declared that they will remain unshaken by the actions of NPA and vowed to vigorously defend its rights as provided under the Agreement both in court and the arbitration proceedings whilst remaining committed to the terms of the agreement.

“Our attention has been drawn to recent publications and news report in various news media and inundated with calls from various media houses and stakeholders asking for our side of the issues with the management of Nigerian Ports Authority NPA over the decommissioning of our Terminal at Port Harcourt.

“Ordinarily, we would not have reacted to such publication as the matter is currently before the competent court and subject of arbitration proceeding between the parties. However, it is important that we present salient facts in similar medium of the publication for the benefit of the stakeholders in the maritime industry and the general public.

“Under the agreement between the parties, NPA has an obligation, among others, to dredge the port and repair the quay apron of the Terminal which responsibility it has failed to perform till date.

“The background to the issues between the NPA and BUA Ports and Terminals Limited has its root in the Lease Agreement between the NPA, the Bureau of Public Enterprises (BPE) on one hand both representing the Federal Government of Nigeria and BUA Ports and Terminal Limited on the other hand. The Lease Agreement provides for mutual rights and obligations and makes provision for dispute resolution mechanism which explicitly states that dispute shall be resolved by arbitration.

“To our surprise and utter bewilderment and in clear breach of the contractual provisions, NPA by a letter dated November 11, 2016 terminated the Lease Agreement.”