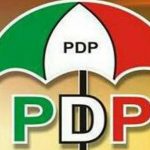 The Peoples Democratic Party has cleared all the 34 screened aspirants from Bayelsa and Kogi States for the party’s governorship primaries in both states scheduled for September 5.

The PDP National Publicity Secretary, Mr. Kola Ologbondiyan, confirmed to journalists on Wednesday that all the 13 screened aspirants from Bayelsa  State were cleared.

He added that 21 aspirants were cleared in Kogi State.

The aspirants from Kogi State were screened by the Screening Committee headed by the Governor of Taraba State, Darius Ishaku, at the PDP presidential campaign office in Maitama, popularly called the Legacy House.

They were screened at the PDP Secretariat at Wadata, Abuja by the screening committee headed by the Governor of Oyo State,  Mr Seyi Makinde.

The PDP National Chairman, Uche Secondus while addressing the aspirants said the party had no preference as to the aspirants, who emerge the governorship candidates in the two states, adding that the party would ensure transparent governorship primary elections in the states.

Secondus said, “The election of the ad hoc delegates will resume from Thursday.  The elections will be transparently done to the satisfaction of all.  The party and indeed the National Working Committee has no preferred candidates. We can’t do that to the
the detriment of the party.

“Our only duty is to ensure that only the best candidates emerge. We will follow the rules to the letter because we want the best.  Anyone that tells you that the party has a preferred candidate is deceiving you. The era of impunity in the party is gone.

As the National Chairman, I will not preside where anyone will claim that he or she is the preferred candidate of the party.”

Soyinka: 'Sowore, Welcome To The Club' As Nobel Laureate Slams Buhari Regime As Being Paranoid