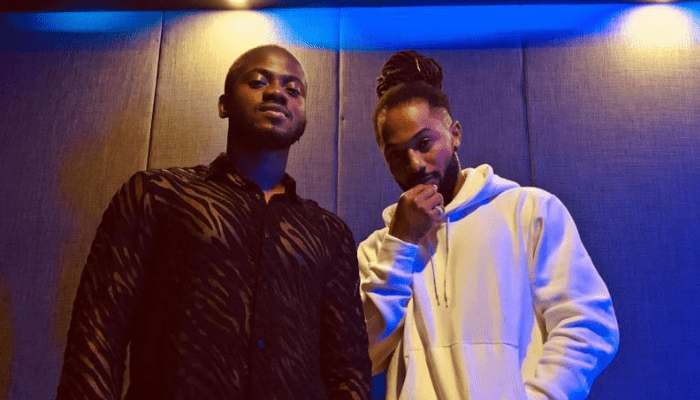 Nigeria singer/songwriter/painter, Lawson Adewale, better known as Minjin, has revealed that 2020 is indeed a better year as he recently clinched a collaboration with superstar Korede Bello on his new song ‘Sugarboy’, which is already topping music charts and gaining massive airplay across radio stations.

Speaking on getting Korede Bello on the remix of the song, excited Minjin disclosed that it all started from a tweet when he requested Bello to officially join the SugarBoys club and with Korede giving accolade to the audio of the song which was already buzz.

Minjin said “Immediately I got a response from Korede showing interest to join the SugarBoy club, I was quick to tweet that the club members require a verse from him on the song which he gladly jumped on by tweeting back as ‘ Bellonaire Club X SugarBoys club”

The remix of the new collaboration is expected to be released September 1, 2020 with a follow up visual to be directed by Mex.

Blessed with raw stage energy and vocal prowess, Minjin has carved a niche for himself since 2010 after he played the lead male character in the first all-black cast high school musical where he played the role of Troy. Not relenting on his first love for music, Minjin won the centage musical contest and ever since he has been releasing good music.

Minjin is presently working on his EP and he’s signed on his own imprint Skookum Heritage Entertainment (SHE).

I Will Not Leave Your Office, Falana Tells DSS After Failing To Release Sowore