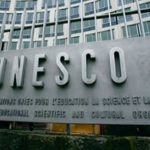 In addition, the UNESCO meeting will also decide which sites are “in danger”.

Over the years, the citadel has seen its share of misfortune. It was hit by several earthquakes and started to fall into disrepair in the 19th century, used as a military barracks and prison until 1984.

Edmond Aji, Head of the Damascus citadel enhancement project said: “The excavations and archaeological research in the Citadel of Damascus are focused on these periods to study the mechanisms of the emirate, where only very rare ruins and few buildings are left.”

Aji is convinced that the site has not yet revealed all its secrets to archaeologists.

“There will be a lot of surprises and important archaeological discoveries in the near future,” he said.

After the war erupted, tourists stopped visiting. Aji hopes that the new discoveries will attract visitors.

“Listing the citadel site on the international heritage list attracts tourists, scientists and researchers,” he said.

“We hope to preserve it now, in the past much destruction took place and I hope it returns to the state in which it used to be,” said visitor Yara Bara.

In the Middle Ages, the Syrian city of Damascus was the nerve centre of a thriving craft industry, specialising in swords and lace.

Today, archaeological digs have restarted and new excavations are underway in the Damascus Citadel, located in the northwest corner of Old Damascus.

The citadel consists of 12 towers, with three main gates. The towers contain several layers a testimony to the various rulers and kings who made modifications to fortify the structures.

The archaeological drive on the citadel is focused on uncovering the Emirate’s house the historic home of the ruler of Damascus and other areas in the Levante.

UNESCO’s heritage committee took note of its significance and declared the ancient city of Damascus a world heritage site in 1979, placing it alongside five other monuments in one of the oldest cities on Earth: The site of Palmyra; Ancient City of Bosra; Ancient City of Aleppo; Crac des Chevaliers and Qal’at Salah El-Din; the ancient villages of Northern Syria.

More than three decades later, a civil war broke out in Syria, damaging or destroying all of these heritage sites. UNESCO put them on the “in danger” list in 2013, intending to mobilize support for safeguarding them.

These properties are recognised by the international community as being of “outstanding universal value for humanity as a whole,” according to UNESCO.