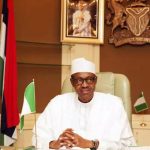 The Senior Special Assistant to the President on National Assembly Matters (Senate), Senator Ita Enang, has justified the refusal of President Muhammadu Buhari to assign portfolios to the list of ministerial nominees he forwarded to the Senate last week.

According to Enang, the Nigerian constitution did not mandate the President to do so, adding the issue has continued to crop up every four years since 1999.

Over the years, lawmakers and members of the informed public have continued to demand that the President attaches portfolios of his ministerial nominees when forwarding his list to the Senate for screening.

But Enang said the President did not breach any law by not attaching portfolios to his list.

He said: “The 1999 Constitution says that the President shall appoint persons as ministers of the Federal Republic of Nigeria subject to confirmation of the Senate

“And of course portfolios may change and the structure of government may not be the same as it were. Again, when a Minister is screened and cleared, he is assigned a portfolio.

“It may arise in the course of his assignment that the President or the Governor may decide to reassign him to another ministry. If you assign and the person is screened and in respect of that portfolio, that means the President may have to send the name again back to the Senate for screening or for confirmation.

“That is why the constitution did not make it mandatory to assign portfolios while sending the list to the legislature. Therefore the President has not done anything wrong”.

The President’s aide was however non- committal on when the President intends to inaugurate the Ministers-designate, saying the President will notify them at the appropriate time.

The post Why Buhari Did Not Assign Portfolios To Ministerial Nominees – Presidency appeared first on Independent Newspapers Nigeria.

COVID-19: In Phone Conversation With Buhari, Trump Promises to Send Ventilators to Nigeria

God Is Angry With APC For Impoverishing Nigerians, Says Fayose