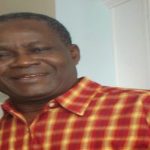 Prof. Abisogun Leigh OFR, is a septogenarian and former Vice Chancellor of Lagos State University (LASU). His love for books is glaring as his office shelves are stacked with volumes of books, coupled with a library in his house. He said he must flip through a book in a day as reading keeps him younger. In this interview with NGOZI UMA, he revealed how reading has helped in bringing out the best in him. He also spoke on the state of the education system in Nigeria and what the government must do to make the system work. Excerpt:

How do you see the educational system in today’s Nigeria, compared to when you were growing up?

The size of Nigerian population has grown exponentially and that time government was more dedicated in providing education and they were pursuing it with vigor. But that cannot be said today. There was specification by UNESCO, I know it cannot be enforced but it is like a guideline. They suggested that a minimum of 26 percent of our annual budget be applied to education, especially as a developing country.

In order to make up for deficiencies of the past, but I don’t think that up to 16 percent of our annual budget goes to education, the quantum of fund will not be released throughout the year, such that there won’t be laboratories, staff will not be paid, there won’t be resources to maintain the schools yet we have more primary, secondary schools and universities built.

I see a lot of confusion in the management of our educational system. One thing I want to say is that we are not doing strategic forward thinking, based on our population.

There must be people in the budget and planning and in the ministry of education who will specialise in projecting these figures, so that they can advise the government on what to expect in the next 10 years.  How many students they need to take care of in the primary level, and how many will be moved  to the secondary level then tertiary level.

If we don’t plan for it now there would be confusion in the future. Then there is the issue of corruption, the little that is there is mismanaged, and if there are leakages and there is no enough supply of fund, there would be low standard of education and many would be excluded.

What could be the cause of poor standard of education in government owned Schools?

It is the outdated system of teaching and the curriculums are old. Nobody is reviewing them, with the view to matching with the future. If you ask me we are still repeating the same thing we did 10 years ago, while the wise part of the world is moving on, they are paying more attention on science, technology and artificial intelligence in computing.

And we are still where we are, because we don’t have the infrastructure, electricity and water and without this you cannot run a laboratory. We don’t have system of support, either private or at the government level to aid these intellectuals in doing research that are meaningful.

Majority of students have lost it, and it is a reflection of what they see in the adult population. Majority of them believe without exerting meaningful efforts, you can’t achieve things, and it is painful to me as a teacher and former student. In my own time, there was no internet, but we have the library with variety of books. Apart from what the lecturer taught in the class, we will go to the library to get a robust note, adding to what he taught in the class. But that is not same today. I still have all my notes in the house, the ones I used in Nsuka and Guelph University.

I intend to display them in my 80th birth day, those that will be visiting me will see how to keep notes, how we kept our notes in our days. Today’s students are not willing to take that effort.

Don’t you think the youths are losing hope in our education system?

Entrepreneurship, the idea of creating awareness on the development and application of skills is a thing that has been applied in the developed world; we are just catching up now. You don’t use 24 hours in the school, the remaining hours after school; what do you do with yourself? But I agree that the degree of hopelessness among youths is unfathomable.

Yet the government is still talking about N30,000 as minimum wage. That is to show you that those in government from the federal to local level are not really thinking. You have to base minimum wage on the structure of cost.

Can you tell us the books you are like reading and the ones that have impacted on you?

I have library at home and in my office, I am a general reader and I love reading, it got to a point in Canada that the librarian wanted to know who I am, because there is no subject I don’t touch, because reading present to you the knowledge of hundreds of other people. At a go you are exposed to their experiences.

It cuts down the bushes, the path for you. You learn from history and thoughts of the success and failures of others. And you can also read books on special topics.

It’s unfortunate, black man doesn’t like to read. There is a saying that, ‘if you want to keep a secret from a black man, write it down in a book’. Because they know that black man will never read. The secret will be kept safe.

How do you read?

There is no day I will not flip through a book, if I travel one quarter of what I brought back are books, I have books lined up everywhere in my house, in the office. I love reading autobiographies of important people. I read them over and over again, not only that I learn how they speak English but the way they reason, their logics.  Books on Dr. Nnamdi Azikiwe and Obafemi Awolowo, these books I ‘chew them’.

I also read books on statistics, particularly high level statistics books. If you continue to read, your brain will continue to be active, because once you fail to subject your brain to some activities, the neurons begin to die and you will become an old person.

I like to read in a quiet place, lying down or sitting with a table, I like to isolate myself. That is the best way I read. But normally I read anywhere.

What advice do you have for people that don’t like reading?

They have to try, because reading gives you companionship. Even when you are depressed, you can get a book on a good subject, you will be wrapped up in the subject and your burden seems to be lifted. Do less of looking into the phone, because it worsens your reading and writing skill.

Would you say the use of internet has reduced the youths’ reading culture?

Personally I would say, it is one of the disadvantages of the internet, it has influenced negatively on the knowledge of this generation in written, spoken and even native languages. They prefer to speak jargons to simple English.

Apart from the general apathy, it is the general lack of interest in reading. The new technology is killing lives. Instead of writing complete words they use words like ‘lol’  you can’t limit others to your knowledge of writing, when you are communicating  it is better to write in complete words.

The youths don’t have the enthusiasm to push, to sit at it. If you can’t solve a problem you can try again. If they want to spell a word they must Google it.  The Nigerian student will not be at the same pedestal with students in China and other developed countries 20 years from now because they are learning more.

The other thing I believe that is affecting students from learning and retaining what they have learnt is because they are learning in a borrowed language, English.

I believe like my professor, Prof Babs Fafunwa, who made it his life time assignment to convince the government and parents that the best way to teach young people is in their mothers’ tongue, that was his philosophy and all that he wrote about all his years as an educationist.

It has been proven that a child can learn 10 different languages conveniently between the ages of 5 to 10 years. The best way to teach a child at an early stage is in the language of the people.

We have to bring back our languages, the Hausa are still using their languages because they are still rural but when they start moving to the cities they will suffer the same fate like the Igbos and the Yorubas.

Is there any book you will want to read over and over again?

The book that I have read over again and still want to read is a philosophical book that teaches you the elements of nature, all the things you need to do in life that will give you contentment, and good relationship with others. Another one is ‘The best part of man’ written by a Dutch woman.

It seems you prefer foreign authors

Not at all, I like ‘Things Fall Apart’ by Chinua Achebe. I fell in love with that book, since 1962 when we used it in our English literature.

The grammar is awesome and the structure. The book is rich in culture and books by Cyprian Ekwensi.

When I buy books, I don’t buy just one volume, I buy the soft copy I can toss around, and the hard copy I keep for my archives.